The Importance of Long-Term Tax Planning

Over the last several months, many Canadian small business owners and independent contractors - including farmers and truck drivers - have likely noticed that the nation seems to be in a bit of economic distress right now.

The Canadian dollar's value relative to other currencies has taken a step back as energy prices dropped, and there may not be any good answers for when these issues are likely to end.

However, one thing that may be encouraging for owners at this difficult time is the idea that it shows just how important it is to have a comprehensive tax strategy in place, which can be monitored over the entire course of the year.

While many small business owners may choose to get their tax preparation started just after the new year, a report from Investment News cautions this isn't wise.

In fact, given how volatile the market has been in recent months, those who planned to wait - and who have done so in the past with minimal ill effects - might want to reverse course and speak with a tax professional as soon as possible to make sure they are approaching things wisely.

That can often be the difference between maximizing their chances to reduce liabilities in the most sensible manner possible, and finding out too late that they previously made a mistake that could end up costing them thousands. 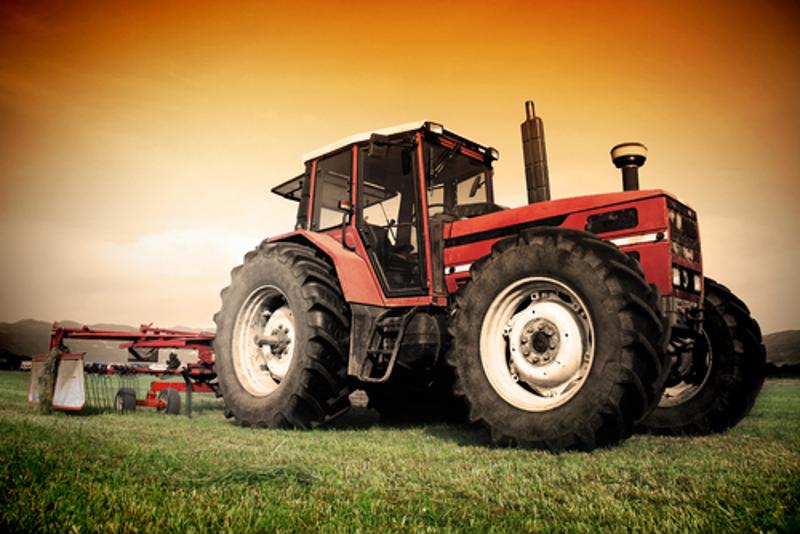 What Should They Do Instead?

When it comes to reasonable tax planning strategies, the best thing that farmers or independent truck drivers can often do is to simply put a plan together and make sure to follow it throughout the year, rather than checking in on it only a few months ahead of the filing deadline, the report said.

That way, they can regularly monitor their progress throughout the year and speak with a tax specialist who may help them to correct their course every few months as needed, in an effort to reach their various financial goals, both personal and professional.

"People should be thinking about taxes and how they're going to try to minimize them all the time," he added.

Why is Tax Planning Important Now?

All these concerns about making sure tax goals are taken care of as regularly as possible may be especially true given that the Canadian economy is in such dire straits at present, the report said.

That has led to a lot of trouble in the financial markets, and as such, it could lead small-business owners to make missteps when it comes to investments.

So while a tax specialist may not be able to advise a client on the types of investments they should make specifically (i.e. into which companies), they might be able to help give a good idea of what is and isn't going to be wise at this time.

"[Due to market volatility these days, owners should] never make an investment decision solely based on taxes," Solomon told the site.

"Taxes are something you keep in mind, but it's secondary to what you want to do with an investment portfolio," he said.

In general, experts would advise that, as with a tax situation, owners or independent contractors closely monitor their investments throughout the year to make sure they're not being buried by a past misstep, the report said.

The sooner they can realize they're losing money on a long-term basis, the better off they might be when it comes to reinvesting some funds in similar areas, on a personal level.

How Does That Affect Farm Taxes?

Meanwhile, similar principles can be applied to reducing tax liabilities when it comes to a business overall, beyond how these issues will affect an owner or contractor personally.

Again, it simply comes down to being vigilant and calculated as it relates to each step a company may take as it attempts to grow, while keeping tax liabilities as minimized as possible on an ongoing basis.

Speaking regularly with a farm tax professional will help farm owners to understand the ways in which the investments they make - whether they're into hiring more people, buying new equipment, expanding a building, buying more farmland, and so on - will end up impacting both the bottom line and tax status for the farm business.

What About Truck Taxes?

Meanwhile, this issue is going to be a little different for independent truck drivers, but here too, the principles don't change very much.

For instance, planning throughout the year with a truck tax specialist will help them to realize what things they may be able to do to keep their liabilities down as time goes on.

That is to say that there may be strategies they can undertake for writing off expenses, or claiming incomes in certain provinces that might have lower taxation rates than others, depending upon a number of different circumstances.

However, if they can work with that tax specialist to make sure they are reasonably keeping their tax bills as reduced as possible, that could go a long way toward helping them to better understand their overall financial situations as well.

With all this in mind, it becomes easy for small business owners or independent contractors to see areas where they might be deficient in making sure their tax liabilities are as under control as they might think or hope.

The more that can be done in this area on an ongoing basis over the course of the entire year, the better off they're likely to be.

This is true not only because it will help them to identify potential areas where they might encounter problems the longer they wait, but also because it should serve to make them more vigilant when it comes to operating other areas of their businesses as time goes on.

That, in turn, should serve to further give them a bit of peace of mind as the tax filing deadline approaches.