Pros and Cons of a Sole Proprietorship

In Canada, or anywhere else small business ownership is the lifeblood of the country's economy, just about every company is different from the next, given all the things that go into its development.

But one thing that every business owner shares with the other is determining the type of business structure they're going to be from a standpoint of classification.

For thousands of companies, sole proprietorship is the answer.

"More than 50% of Canada's annual gross domestic product comes from the productivity of sole proprietorships."

Were it not for sole proprietorship, Canada's economy would be a shell of itself. According to Statistics Canada, sole proprietorships account for more than 50% of the nation's annual gross domestic product, meaning that the majority of the country's economic activity derives from businesses in this classification.

But there are a variety of factors to take into consideration in order to determine if sole proprietorship is the classification that's the best fit.

The following are some of the advantages and disadvantages.

It's hard to pinpoint the best advantage of them all, but if you had to confine it to one, the tax benefits may be the most optimal part of sole-proprietorship.

Unlike other businesses, you don't have to file business taxes separate from your individual return. Business taxes are still applied, so it doesn't get you out of that, but it does help you avoid the extra time, money and hassle that filling out a separate return involves.

There are also many tax deductions you can take advantage of, as detailed in this YouTube clip:

You have to be willing to spend money in order to make it, but with a sole proprietorship, you won't have to dole out what you would for other business structures. These savings are realized through lower taxes and more inexpensive registration requirements. 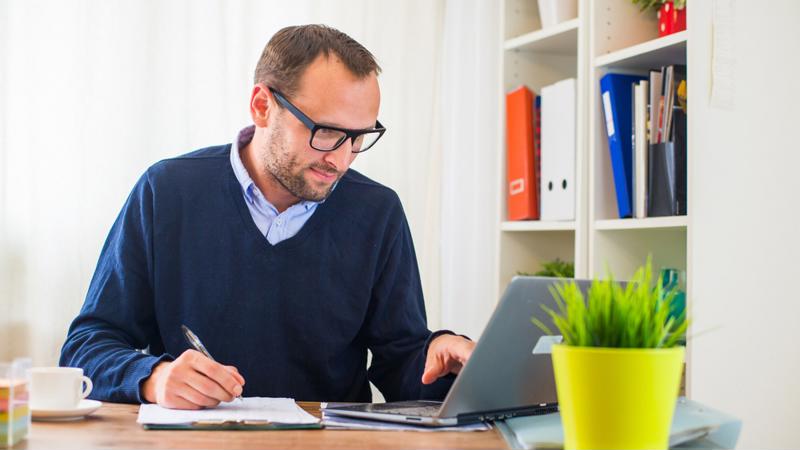 Forming a sole proprietorship gives you a lot of flexibility as to how your company operates.

As the prefix suggests, a "sole" proprietorship is just that - you are the one who makes the decisions as to how your company is going to run.

With a partnership or corporation, several people have a say as to how the business operates, but with a sole proprietorship, you're the only one in charge.

At the same time, though, there are some drawbacks to establishing a sole proprietorship that deserve equal consideration:

Because you're the CEO of your company, this also means that you're the one who will be held responsible when things go wrong.

For example, if someone is injured while on your property, you can be sued for medical payments. Also, if you owe creditors money, this is something that you'll also be personally held accountable for.

Company Can't Be Handed Off

Depending on how successful your company is you may want to hand off your business to a loved one or child when they grow older or after you die. But that's not possible with a sole proprietorship. The capital that your company makes would be distributed to your loved ones, in accordance with a will, but it can't be handed off with the only change being new management.

Just as there are advantages to owning a company on your own, there are some inherent complications.

While it's less expensive to be a sole proprietorship than other business structures, you naturally have fewer financial sources from which to draw on being the only one that's operating the company.

These are a handful of the issues to be mindful of when registering your business. Let our tax specialists take care of your financials. Speak with an FBC tax consultant to get started.