Many Business Owners Behind in Transition Planning

As any business owner can attest, owning a company has a lot of advantages, like being able to set the hours you want to work and being the person in charge of overall operations, the head honcho, if you will.

The longer that one has operated a company, the more likely it is that they've been a successful leader, honing the business process in order to produce a quality end product.

Based on a recent poll, however, it seems as though many business owners haven't put much thought into who will take over their company - and its processes - once they decide to call it quits and retire.

Nearly 6 in 10 business owners - 57% - are within a decade of retirement and are looking to keep their company going without them at the helm, according to newly released survey data from the Canadian Imperial Bank of Commerce. Of these, however, most haven't made any formal preparations for how the transition process will work.

80% say their transition plans are informal.

More specifically, the CIBC survey revealed that 80% of respondents indicated that their transition plans are informal, meaning that they're subject to change and aren't yet set in stone. Additionally, just 14% said that they have worked with a professional in order to effectively put together a plan, such as a tax specialist, lawyer or banker.

Some think that they can go about the process on their own, not needing an expert who has the requisite skills to make the transition smooth. For example, of the 803 Canadian business owners polled by Angus Reid, approximately 6% said that they relied on their own knowledge of how to effectuate a successful transition strategy. 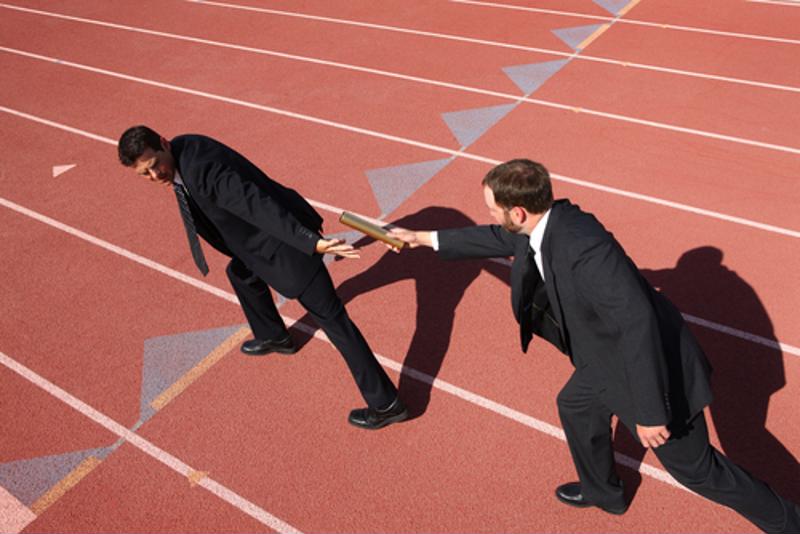 Business owners risk dropping the baton if they don't have a transition plan in place.

Though the majority of business owners surveyed attested to at least some degree of preparing for who will take over their company - be it a family member, colleague or trusted confidante - a high percentage of respondents haven't made any preparations whatsoever, even though they want their company to remain up and running. Of the 43% who said they hadn't made formal transition plans, 33% said that nothing had been done yet, but they planned on it at some point in the future, CIBC found.

Whether it's dealing with inventory, the payroll, establishing a point of sales system or setting up an emergency fund, there's an awful lot to take into consideration to prepare who will be taking the reins when you head for retirement. Chief among these tasks is how to keep track of documentation and bookkeeping. The Canada Revenue Agency has a short web video on bookkeeping that discusses various elements of what it should include.

The specialists at FBC can help you determine the best plan for you and your successor.

For example, you may already have a filing system worked out that has turned out well ever since you started the company, one where you have successfully been able to keep tabs on all invoices, receipts and statements that you need when it comes time to do your taxes. But your replacement may have a different idea in mind that he or she finds to be more efficient. The tax specialists at FBC can go over both to see what characteristics of each are the best, then implement a strategy in which everyone is on board.