When the government gets in touch with you - whether you're a business owner or an everyday consumer - it's rarely for a good reason.

Scam artists know this, and as a result, they're reaching out to Canadians across the country, hoping to fool them into believing that the Canada Revenue Agency (CRA) is calling and want what's coming to them - tax money that's gone unpaid.

In reality, however, these missives and phone calls are nothing more than fraudulent schemes designed to prey upon Canadians when they're at their most vulnerable.

The CRA is aware of this shakedown effort, and as a result, is informing Canadians to be on guard and not fall into scammers' grand plans.

Based on the testimony of people and businesses affected, the scheme works by swindlers calling, emailing or texting taxpayers, informing them that they're calling from the Canada Revenue Agency and are seeking payment for taxes that have either been missed or miscalculated. The informer puts teeth behind this threat by warning that if the payment is not made, jail time may result or assets could be relinquished.

Sergeant Matthew D'Asti, of the Windsor Police Department told CBC News that it's only natural for people to react defensively when they're confronted with this kind of threat.

"We've all supposedly filed our taxes with the government," D'Asti said. "Perhaps people are thinking, 'Oh gee, maybe I do owe money, maybe I am in trouble here,' and that's what these [fraudsters] are preying on."

He added that in the last few weeks, the Windsor Police Department has received numerous calls from area residents curious about whether the threat is real, and unfortunately, several people paid what the scammer asked for. 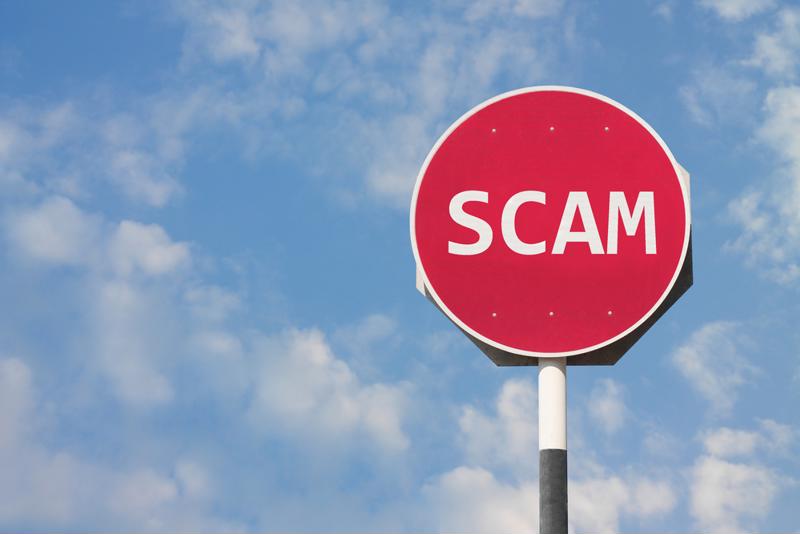 The Canada Revenue Agency is urging Canadians to watch out for scamming tax collectors.

The CRA Doesn't Use These Tactics to Contact Tax Payers

"The CRA never asks for personal information by email or text correspondence."

CRA has an easy solution to determine if the warning is legit: It never gets in touch with individuals in the fashion that's being done by scammers.

In other words, if it is, in fact, the CRA, it won't be attempting to contact individuals by emailing with a link attached to it, nor will it ask for personal information, whether by email, text message or phone call. CRA will also not leave a message in voicemail or on an answering machine if the call goes unanswered.

At CRA's website, there are several examples of what to look for that's indicative of a tax scam.

At FBC, we're well aware of the shenanigans and underhanded tactics that scammers employ. Being in the tax preparation business for over 60 years, we've seen the lengths to which fraudsters go and are two steps ahead, ensuring our clients won't have to worry.