Canadians Can Expect Lower Taxes - Just Not This Year

When Justin Trudeau swept into office toward the end of last year, one of the big reasons he gained so much support was that he promised to help lower the tax bills for potentially millions of Canadians in 2016.

However, that might create a bit of confusion for many taxpayers, as you won't see the affect of many of the new rules Trudeau promised until after 2016, according to a report from Global News.

What this effectively means is that while people will get tax savings in 2016, that doesn't include the tax bills they're going to get within the next several weeks, but rather the ones they'll get more than a year from now.

What Does That Mean?

The fact is that it can be a little confusing for some people to understand the difference between taxes being paid in 2016, which are based on income and other data from 2015, and taxes for 2016.

That means that all income earned starting a few days ago - on Jan. 1, 2016 - is going to carry with it a slightly lower tax rate that could result in hundreds of dollars worth of savings for the Canadian middle class.

That data is based not only on federal taxes, but also those at the provincial level and other issues that can affect a tax bill. 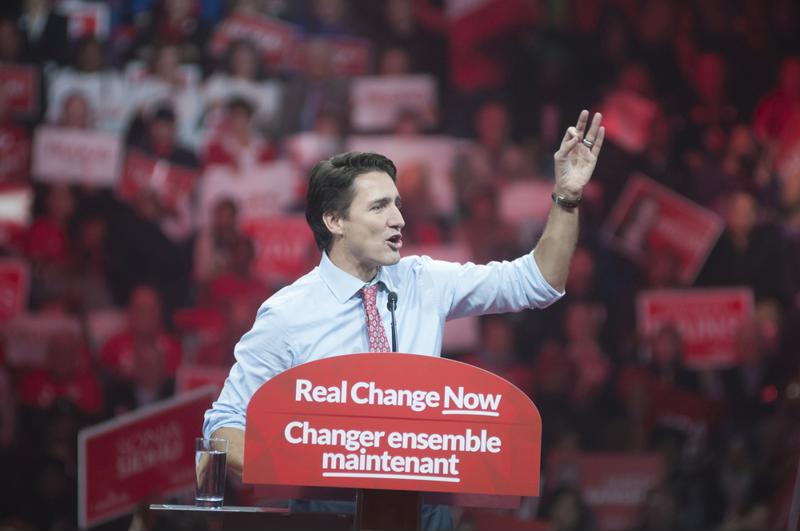 What Kind Of Savings Can Be Expected?

Of course, the amount each individual person is going to be able to save will change from one person to the next based on a number of different factors.

However, to be somewhat general, depending upon how much a person makes, the average savings for those in the middle income levels will be a few hundred dollars or so.

Meanwhile, high-income earners - defined here as those making more than $200,000 - will see rates rise from 29 percent to 33 percent.

But getting back to the point of confusion, it must be stressed once again that these savings - which can often be significant for individual taxpayers - do not go into effect until Canadians receive their tax bills in early 2017.

As such, those higher tax rates for the middle class listed above are still in place for now.

What that means is that if a person made $45,000, they will be taxed at the 22 percent rate that was long-standing under the Stephen Harper government, and it's something for which they should have been preparing for some time now.

And because taxes are still at that higher level, it creates an extra importance to the average Canadian when it comes to finding, qualifying for, and claiming as many applicable tax breaks as possible.

What Does That Entail?

Effectively, this means that individual earners will probably need to work with a tax specialist to find all the tax rules that apply to them, as that can help to significantly reduce their liabilities.

There are many tax credits for which the average person can qualify, and many deductions they can claim, but they have to know about them to figure out which are going to be the most valuable.

Finding out about one and then claiming it may necessarily preclude the claiming of others, so some legwork should be done to determine which is going to provide the most savings.

There is, unfortunately, no longer anything that can be done when it comes to maximizing benefits for the 2015 tax year, since it is now 2016, but that doesn't mean people shouldn't be on the lookout for benefits for which they already qualify.

That's why it's so important for Canadians - particularly those like farmers or truck owner operators who draw an income from their own small business - to start working with a tax professional who has a long background in that particular industry as soon as possible.

That kind of footwork can go a long way toward providing hundreds of dollars or more in tax savings, but often this type of thing needs to be planned out months in advance.

This doesn't mean such a professional can't still find some valuable credits and deductions to reduce liabilities for the 2015 tax year, but the longer out this is planned and revisited, the better off the taxpayer is going to be.

As such, when dealing with a tax professional for the 2015 tax year, small business owners might want to think about the benefits of also asking that specialist about the perks of longer-term tax planning.

This can help to create a long-lasting and rather fruitful relationship that results in a person knowing how best to manoeuvre throughout the year so that they end up paying as little as possible, or even bringing home a larger refund than they otherwise would have.

These tax workers can do a lot for any individual client, simply because they have a long background in the field and a lot of experience in helping to find every benefit available to that person.

This kind of foresight can also be beneficial because it gives small business owners a roadmap for tax success that they can follow, check in on, and even alter if they need to over the course of an entire year.

All that prep work can also serve to provide significant benefit just in terms of peace of mind, and the amount of time over which tax compliance efforts can be stretched over the course of the year.

At least from a mental standpoint, that may end up feeling just as valuable to many business owners as the money they save.